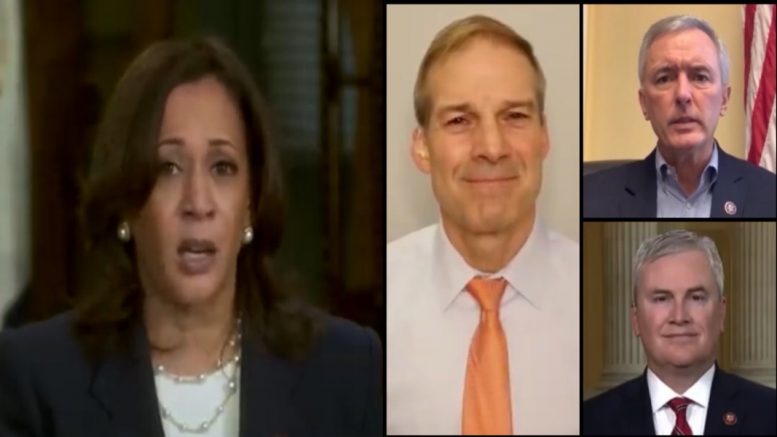 Congressmen Jim Jordan (R-OH), John Katko (R-NY), and James Comer (R-KY) — the ranking members on the House Judiciary, Homeland Security and Oversight Committees, sent a letter to Kamala Harris to request a meeting “to discuss how the Biden-Harris Administration plans to end this unprecedented border catastrophe”.

Harris was tapped last month by Joe Biden to deal with what the White House describes as “root causes” of the crisis but has faced criticism for not visiting the border. At a House GOP press conference last week, Republicans displayed a milk carton with Harris’ picture on it with the slogan “Missing at the Border.”

“Over two weeks ago, President Joe Biden delegated the administration’s response to the humanitarian and security crisis at the southern border to you. However, it is unclear what, if any actions you have directed or plan to initiate to respond to the crisis that continues to worsen each day,” reads the letter from the GOP lawmakers.

“The situation on the southern border is a crisis. Your characterization of it as ‘a huge problem’ is an understatement,” said the lawmakers, referring to Harris’ remarks she made during an interview on CBS “This Morning” last month.

“Department of Homeland Security Secretary Alejandro Mayorkas recently stated that ‘[w]e are on pace to encounter more individuals on the southwest border than we have in the last 20 years.’ Yet, it appears that the Biden-Harris Administration refuses to take meaningful action to stop the influx of illegal aliens to the border, and is instead releasing thousands into the interior,” the congressmen wrote. Continued Below

“The crisis at the southern border is a creation of the radical policies of the Biden-Harris Administration. Because President Biden has delegated leadership in this area to you, we respectfully request a meeting prior to April 30, 2021, to discuss how the Biden-Harris Administration plans to end this unprecedented border catastrophe. We look forward to your prompt response,” they added.

Biden, on Saturday, admitted to reporters there is, in fact, a crisis at the southern border.

Meanwhile, Fox News reported on Monday that the administration has ordered Immigration and Customs Enforcement (ICE) and Customs and Border Protection (CBP) to avoid using the terms “illegal alien,” “alien” and “assimilation.” Instead, they are being asked to use the terms “noncitizen or migrant,” “undocumented” and “integration.” Continued Below 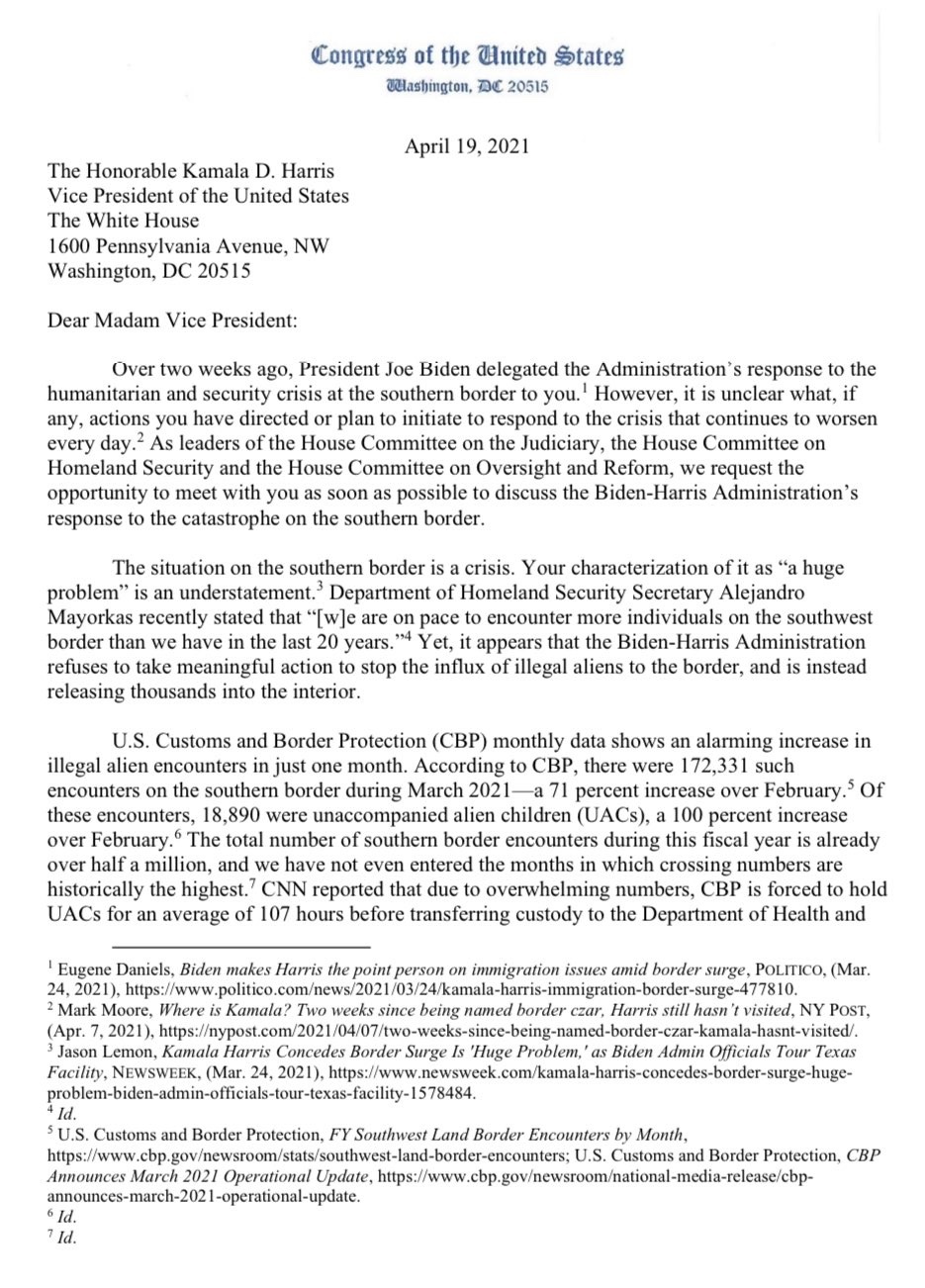 That'll fix the crisis at the southern border. 🙄 https://t.co/oRU1NUSOxs