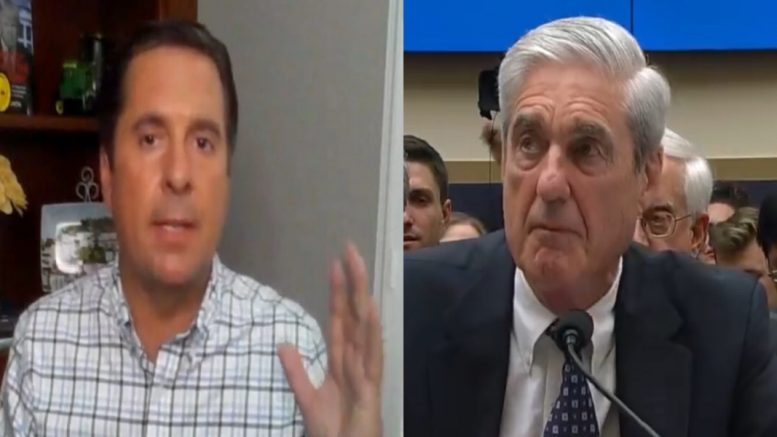 Mueller broke his yearlong silence Saturday, defending the prosecution of Roger Stone and the broader investigation into Russian interference in the 2016 election. In an op-ed published in The Washington Post, Mueller said the flamboyant political operative was “prosecuted and convicted because he committed federal crimes,” USA Today reported. “He remains a convicted felon, and rightly so,” Robert Mueller wrote.

Senator Lindsey Graham (R-SC) tweeted on Sunday that he will grant a request from his Democrat colleagues to call Robert Mueller to testify before the Senate Judiciary committee.

“Apparently Mr. Mueller is willing – and also capable – of defending the Mueller investigation through an oped in the Washington Post,” Senator Graham tweeted. “Democrats on the Senate Judiciary Committee have previously requested Mr. Mueller appear before the Senate Judiciary Committee to testify about his investigation. That request will be granted.”

“There needs to be a subpoena immediately sent for Mueller,” Rep. Nunes recommended, when asked if Senator Graham will actually call Robert Mueller to testify before his committee’s oversight into the Russia investigation.

“Both Senator Graham and Senator [Ron] Johnson, who I know are trying to bring people in and do depositions– as it relates to Mueller, … there needs to be a subpoena immediately sent for Mueller,” he reiterated. “This guy was so far out of bounds. What he did was so corrupt.” Continued Below

“In fact, I’m quite sure, he did not write that op-ed on Friday night,” Rep. Nunes predicted. “Just like he wasn’t running the investigation that went on for two years. When he came before the Congress about a year ago now, he clearly didn’t know what was in his own report.”

“When he got to investigating Roger Stone and Jerome Corsi, these political gadflies, why didn’t he investigate Fusion GPS? Why did he not figure out it was Fusion GPS and the Clinton campaign that had been talking to Christopher Steele, who was talking to Russians? Rep. Nunes asked.

“There was your Russian meddling that you had in this election,” the House Intelligence Committee Ranking Member said. “He was supposed to look at Russia collusion, when in fact, he knew the Trump campaign– from the day he walked in the door that there was nothing there.” Video Below

In May, Attorney General William Barr spoke with CBS News senior investigative correspondent Catherine Herridge, weighing in on the unverified Steel dossier and revealed that “Robert Mueller was responsible for looking at [the dossier] under his charter”, during his probe.

“I think that is something that Robert Mueller was responsible for looking at under his charter, which is the potential of Russian influence. But I think it was ignored, and there was mounting indications that this could very well have been happening, and no one really stopped to look at it,” the attorney general said, when asked about declassified footnotes in the Horowitz report, which suggest that the dossier was likely the product of Russian disinformation.