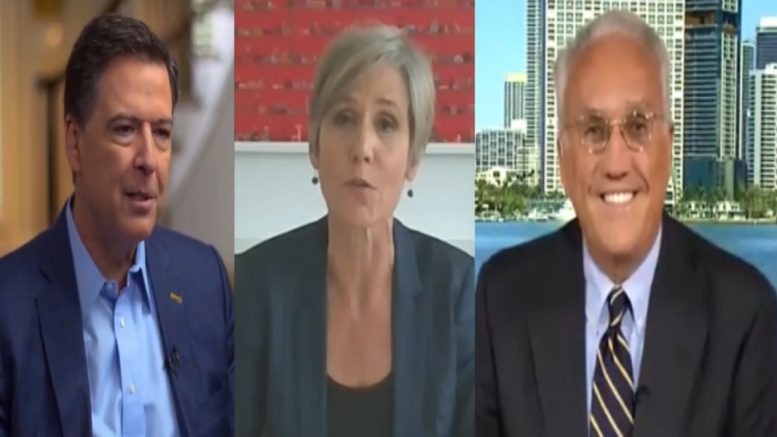 Sally Yates, who served as Deputy Attorney General during the Russia collusion hoax, threw fired FBI Director James Comey under the bus Wednesday, during her testimony before the Senate Judiciary Committee.

Yates told the committee that when the FBI interviewed then-incoming national security adviser General Michael Flynn in January 2017, it was done without her authorization, and that she was upset when she found out about it.

“I was upset that Director Comey didn’t coordinate that with us and acted unilaterally,” Yates said.

“Did Comey go rogue?” Senator Graham asked, which prompted Yates to agree: “You could use that term, yes”.

Yates said she also took issue with Comey for not telling her that Flynn’s communications with then-Russian Ambassador Sergey Kislyak were being investigated and that she first learned about this from former President Barack Hussein Obama during an Oval Office meeting. Yates said she was “irritated” with Comey for not telling her about this earlier. The meeting took place on Jan. 5, 2017. Video Below

Handwritten notes from then-FBI agent Peter Strzok indicated that Joe Biden, who was vice president at the time, may have mentioned the Logan Act at the Jan. 5 meeting. The Logan Act is a 1799 law that prohibits unauthorized American citizens from communicating with foreign governments or officials “in relation to any disputes or controversies with the United States, or to defeat the measures of the United States.” It has never been used to successfully prosecute anyone, Fox News reported.

When asked if Biden mentioned the Logan Act, Yates said she could not recall, but said that Comey spoke about the Logan Act, and that she did not remember if he said this during the Oval Office meeting or in a conversation afterward.

“I just find it so hard to believe that someone who works directly for you, you don’t know where they are, what they’re doing, what kind of investigation they are conducting … ” Lewis said. “I don’t buy it.” Video Below

Guy Lewis added that Yates had “signed off on every single one of those FISA warrants that were submitted” to the Foreign Intelligence Surveillance Court to request monitoring of former Trump campaign aide Carter Page.

“You look at the timeline, and you see that on January 4th, the FBI says, when they interview Flynn, ‘We think he’s telling the truth.’ On January 5th, the very next day, [Yates is] called over to the White House and has the meeting with all these big shots, and they pull her aside with Comey and [Obama says], ‘Listen, even though I’m not supposed to … direct the investigation, put the right people on it and make sure you have the right people on that investigation.’ Come on, give me a break,” he expressed.

Lewis also suggested that Yates made the claims about Comey because “otherwise she’ll have submitted knowingly false information, false documents to a federal court, which in and of itself, is a crime.”

Related: Fmr U.S. Atty Guy Lewis: “I Think We Will See In The Next 30 Days, Federal Criminal Indictments Coming Out Of The Durham Investigation”)